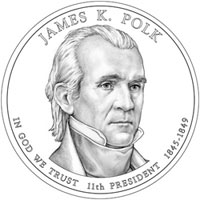 In the latest negotiations on Greek sovereign debt the holders of credit default swaps (“CDSs”) are not expected to receive any payouts since the reductions on the principal amounts owed could be deemed voluntary. CDSs are aimed at insuring their holders against defaults by the borrowers. The risk of default is transferred from the holder of the debt instrument to the seller of the CDS. The risks surrounding CDSs outweigh the rewards garnered by the participants because the global economy remains chaotic in the wake of the credit crisis which began in 2008. Some economists argue that the fear about CDSs causing a credit contagion does not comport with the facts; and therefore, the riskiness of these credit derivative contracts is overstated. Although these perverse arguments have merit, the following reasons when considered in their entirety emphasize why CDSs add to the fragility of the global economy: (1) their unregulated nature; (2) the credit worthiness of the counterparties; (3) the size of the market; and (4) their relationships with the underlying markets. Banks invent structured products such as CDSs and regulators-lacking talent and money-are forced to play catchup.

Arguably, the global banking system’s soundness depends on the sovereign debts it holds. CDSs are usually complex unregulated over-the-counter debt derivatives. Generally, securities, futures, and insurance contracts are regulated, but most CDSs are not. This instrument is structured as a credit insurance contract in which one party pays another party to protect it from the risk of default on a particular debt instrument. Sometimes collateral gets posted, but usually the positions are under capitalized. Even if an agent who deals in a CDS is aware that the counterparty who insures the debt may not be able to pay off the principal in the event of default, it is still standard practice to ask for relatively little collateral.

A portion of the financial regulatory reform bill proposed in 2010 dealt with CDSs. Prior to this attempt at securing regulatory power, the federal overseers (“Fedheads”) acted as a selective market rescuer. For example, the Fedheads rescued American International Group (“AIG”) yet declined to rescue Lehman Brothers. The Fedheads could strengthen markets by passing adequate regulatory legislation, and then issuing workable regulations for putting such legislation into practice. Free market economics are not impeded by rationally regulating Wall Street to allow for market discipline.  The Fedheads believed that AIG was too big to fail so this may be a precedent for other big counterparties who have insured large amounts of CDSs.

The CDSs pay off only as long as the seller of the protection itself remains solvent. So who is punished when the CDSs do not pay out? It could be speculators such as hedge funds or banks that conservatively hedged their bets. Hedgers or speculators can take unfunded positions based upon their assessments of credit risks. Oftentimes the CDSs change hands multiple times even though the contract provisions require approvals before the contracts can be assigned. Actually, the perception of counterparty risk has been rising as evidenced by the spreads recorded by the benchmark U.S. Investment Grade CDX Index. The counterparty risk depends upon how the contract reads: the swaps can be triggered by a credit event, to wit; in the event of bankruptcy, default, failure to pay, restructuring, or any other contractual credit event of the debtor who issued the underlying debt security. However, debtors who issue new bonds replacing outstanding bonds are not likely to trigger a credit event. Most contracts have been standardized by the International Swaps and Derivatives Association (“ISDA”) so as to increase their tradability. The ISDA determines whether or not CDSs are triggered. The CDSs can be physically settled or cash settled. The CDSs have settled since the credit blowup in 2008 largely as advertised despite the collapse of Bear Stearns and Lehman Brothers. In spite of a workable settlement mechanism the immense size of this derivative market presents a hazard if several big counterparties become unable to pay their obligations. Could such insolvencies set off a domino effect that would spread quickly throughout the global credit markets?

The CDSs on Greek sovereign debt amount to 3.7 billion euros out of a total of 477 billion, so any payouts if allowed by ISDA would be manageable. In the last decade the market for CDSs has grown from basically nothing to 29 trillion dollars in notional value. AIG profited from selling CDSs in the short-term, but eventually AIG required a 180 billion dollar bailout from the Fedheads. Monoline bond insurance companies such as MBIA and Ambac have taken writedowns. These counterparties accepted the risks of default from the protective sellers whowanted to insure that the underlying borrowers-companies or sovereigns-might not be able to pay their obligations pursuant to their bond indentures. The swaps are now traded on the exchanges: the Chicago Mercantile Exchange Group (“CME”) cleared 6.5 billion dollars in September 2011 and the rival Intercontinental-Exchange cleared 20 trillion dollars in gross notional value with open interest of 1.5 trillion dollars on July 08, 2011.11 Standard & Poor's announced the launch in October 2010 of a series of sovereign indices on CDSs.12 A market this large definitely affects the underlying markets wherein debt securities are issued by the borrowers to then be traded in the secondary markets.

If both counterparties have CME Clearing membership, then over-the-counter CDSs can be migrated to the CME and converted to standardized contracts. Thus, some regulation exists for this portion of the market; but for the rest of the secondary market, investors buy and sell without having any direct relationship with the underlying bonds or mortgages.13 Mutual funds can purchase lower rated bonds to increase yield, and then purchase CDSs to protect against defaults. The spreads on the CDSs written by financial institutions reflect the probability of default by both counterparties to the transactions. Researchers have discovered large bid-ask spreads on CDSs. Leverage, volatility, and interest rates explain a significant amount of the variability in the premiums. Additionally, there is a significant liquidity factor in the premiums; and therefore, these premiums cannot be used as a pure measure of credit risk for analyzing the corporate bond spreads.15 Default and counterparty risk become greater concerns for investors during times of low liquidity in the financial markets.16 “Once participants have sold out all their bonds, pessimistic participants end up trading on the CDSs' market, as short selling of bonds is less easy. Debt crises, bear markets, and increased risk aversion have a tendency to fuel the CDSs' market, which increases its liquidity and its lead over the underlying market,” as reported by Virginie Coudert and Mathieu Gex.

With respect to the issues outlined above, CDSs could magnify a country's credit crisis.  Banks are already suffering under the weight of their underperforming mortgage portfolios so CDSs could portend more loan loss reserves. When CDSs first appeared more than a decade ago, these products represented easy money for the banks and insurance companies. The exchanges have not imposed position limits on CDSs because they do not want to anger the banks who make substantial profits on CDSs.18 The unregulated market fostered secrecy around the trading. This argument about CDSs being the “eye of the credit hurricane” would be more persuasive if the CDSs were still completely unregulated, customizable over-the-counter products. If Greece defaults and its CDSs are not paid off, investors could back away from the sovereign markets, and this in turn will reduce demand for sovereign bonds.

17 Virginie Coudert and Mathieu Gex, “The Interactions Between the Credit Default Swap and the Bond Markets in

Americans now owe more on student loans than on credit cards. The total surpasses $1 trillion dollars with nearly 40% of those between the ages of 20 and 40 have student debt

Financial Management: Bundling or Not?

Should investors bundle the components of financial management services? We discuss the merits of hiring advisors with specialized knowledge of more than one service domain.

Views on Slavery at Convention of 1787 Guaranteed Republicanism

Modern theorists such as Jean-Jacques Rousseau and John Locke were also contemplated. Professor William E. Nelson (1987, 466-67) writing exactly two hundred years after the Constitutional Convention says that in order to capture the spirit of reason at the Convention one needs to refer to Rousseau’s concept of the general will